You may request DACA if you:

If you meet the guidelines for DACA, you will need to complete the following steps to make your request to USCIS.

How Old are DACA Recipients?

The average age of DACA recipients is 24 years old. The vast majority, approximately 82.5 percent, are under 30.

Where do DACA Recipients Come From?

Mexico is by far the top country of origin for active DACA recipients as they compromise approximately eighty percent (80%) of active recipients. This is followed by El Salvador (3.7%), Guatemala (2.6%), Honduras (2.3%) and Peru (1.1%). However, DACA recipients come from all across the world. Thousands of recipients were born in Asia, the Caribbean, Europe and Africa.

Which US States do Most DACA Recipients Live in?

DACA Recipients and the Economy

Since the program was implemented in 2012, more than 825,000 people have been able to apply for DACA and obtain work authorization. DACA recipients have made the best of this deferred action by owning homes, starting businesses that employ fellow Americans, and by paying billions of dollars in taxes every year.

The Majority of the Public Supports DACA

Gallup conducted a random poll via telephone in 2019, which asked the American public their stance on four major immigration policies. The poll found that  Eighty-three percent (83%) of Americans favor or strongly favor a proposal to allow “immigrants, who were brought to the U.S. illegally as children, the chance to become U.S. citizens if they meet certain requirements over a period of time,” while 15% oppose or strongly oppose it. 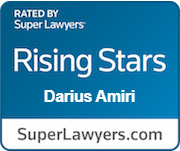